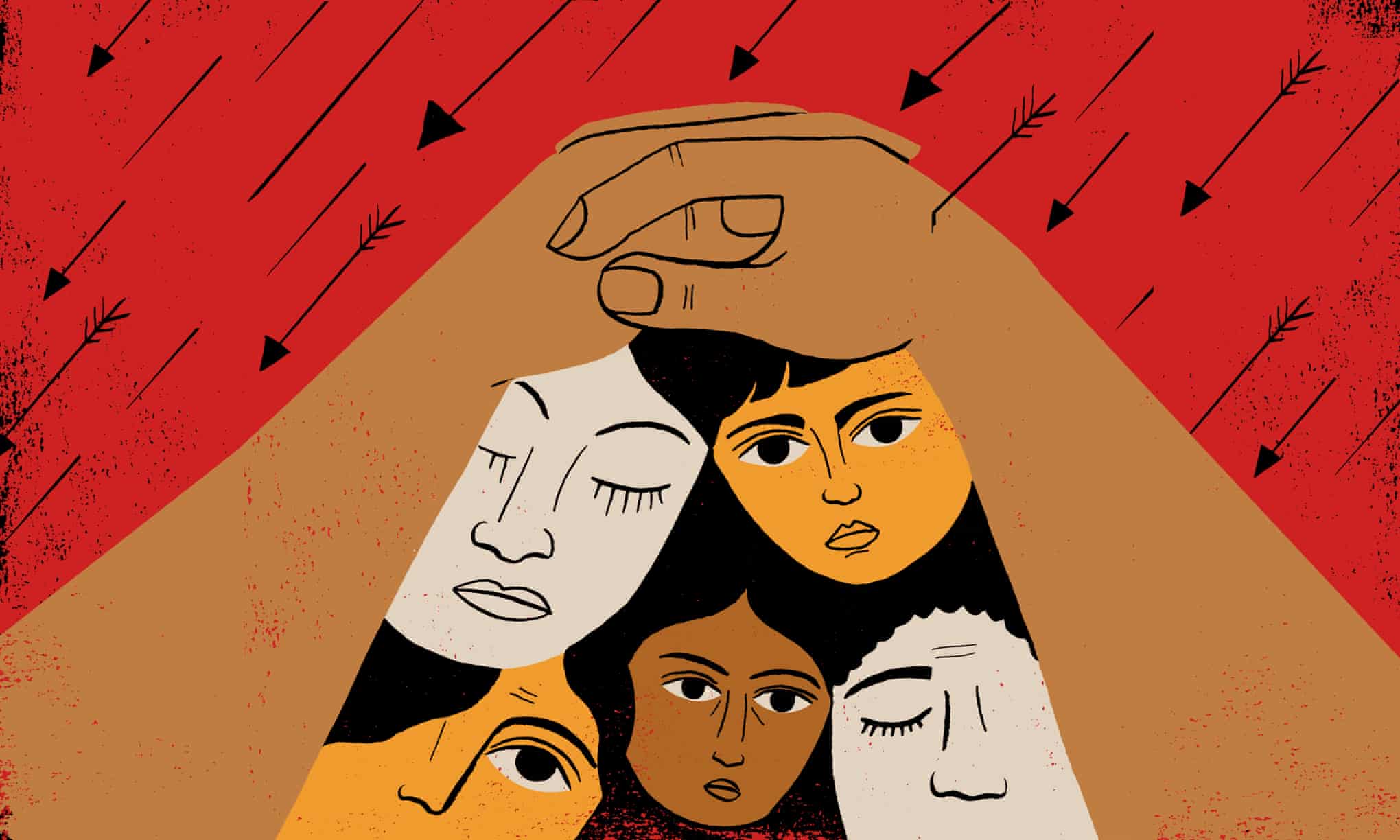 I have nothing to add to the discussion of how the Pandemic has led to an explosion of violence towards women, which you can read in ‘Disaster Patriarchy: how the pandemic has unleashed a war on women‘ published in The Guardian this week. Here, V develops Naomi Klein’s concept of ‘disaster capitalism’ to address a parallel and complementary process, ‘disaster patriarchy’, whereby men exploit a crisis to reassert control and dominance over women.

But does the article’s understanding of patriarchy as being at ‘the root of so many other forms of oppression, from imperialism to racism, from transphobia to the denigration of the earth,’ help us to conceive of alternative emancipatory knowledge, in particular as regards the relation between gender and race?

Patriarchy continues to suffocate and police people who identify as women all around the world, and as such it remains a very useful concept. But while it is urgent to acknowledge that women are all subject to patriarchy, it is unfair to suggest that it is the primary locus of oppression for all women. Sustaining a hierarchy of oppression that places patriarchy above racisms is harmful to non-white women because it forces them to fragment their experiences of subordination in ways that do not reflect their everyday experiences.

Thinking of patriarchy in this way is equivalent to seeing gender difference as a universal issue whereas race is a secondary priority, a concern that only pops up where racial diversity exists. As a result, the favouring of gender over race (and other factors of inequality such as ethnicity, age, health, environment, class and so on) almost inevitably benefits middle-class white women. This is the definition of white privilege, and it may help explain, for example, the pervasiveness of institutional racism in the UK, despite the presence of equality and diversity policies and the 2010 Equalities Act.

In ‘Racism and patriarchy in the meaning of motherhood’, Dorothy Roberts argues that:

Racism is patriarchal. Patriarchy is racist. We will not destroy one institution without destroying the other. I believe it is the recognition of that connection – along with the recognition of difference among women – that is truly revolutionary. (pp. 3)

Racisms and patriarchy remain two distinct but interrelated systems of domination, and to submit one to the other is, in itself, to reproduce patriarchy, by ignoring how women’s subordination works on the ground.

Hearing the multiple voices of the Women of the Brown Atlantic requires a conscious effort to decolonise existing feminist theories and strategies of resistance. Only then can we begin to conceive alternative emancipatory knowledge.