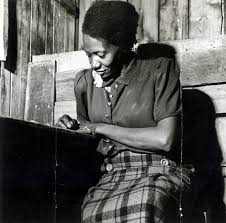 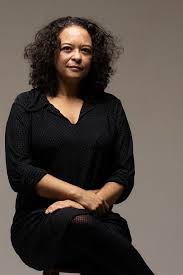 There is a Brazilian saying that goes like this: if you walk under the rainbow you run the risk of changing your sex. In Brazil, the image of the rainbow is tendentiously associated with the Orishá Oxumaré, the male-female snake-like God of movements and cycles in the Candomblé Afro-Brazilian religion (Verger 2002), who holds the power to change people’s sex. The movement of running after and walking under the rainbow is depicted in the work of two key Afro-Brazilian women writers, Carolina Maria de Jesus (1914-1977) and Conceição Evaristo (1946-). Ana Maria Gonçalves (1970-) also engages with Oxumaré’s narrative in her work. These writers’ distinct literary engagement with the rainbow forms the theoretical core of this project, which aims to develop a new framework for claiming under-theorised gendered and queer memory sites of the Brown (or Lusophone) Atlantic by introducing the potentially field-changing metaphor of the rainbow. The rainbow, which constitutes the conceptual centre of this project, is understood as bringing forth an understanding of the past as an improbable threshold that cannot be crossed but only precariously pursued.

In tackling black women’s long-term omission from critical paradigms, the project considers the ways in which black female mobility in the Brown Atlantic has been remembered and imagined, in literature, by black women and white men. The innovative methodology will question sharply defined national, sexual and racial boundaries, favouring transnational ways of remembering and imagining movement. Furthermore, the emphasis on imagination will upset the linear patterns of the diaspora by exploring unpredictable, “blue skies” routes beyond origin-destination travelling. These correspond to routes of memory arising from serendipitous imaginary journeys that, in their refusal to be easily archived, render today’s theoretical emphasis on space, archives and traceable movement accountable for their power over memory. Finally, by using the rainbow as a theoretical lens, the project will examine theories and cinematic performances that travel (literal travelling of people and ideas), and diaries, novels, short stories and letters (travelling of stories).

The expression “Brown Atlantic” was coined in 2004 by Miguel Vale de Almeida to describe the world created during the Portuguese Empire (Almeida 2004, 2005). This project draws on Almeida’s expression in order to examine the real (physical) and imagined (literary) mobility of black women in the light of the rainbow story.

Research will be discussed with scholars from a variety of disciplines at international conferences and in the context of a scholar in residence programme to be inaugurated at Exeter. The output of a monograph will make a major contribution to studies of the Lusophone Atlantic and Afro- Brazilian literature. Collaborations with the Museu Afro-Brasileiro in Brazil and the Núcleo Museológico de Lagos in Portugal will lead to knowledge exchange and provide material for the development of a Video Book of Mobilities, an interactive Map of Mobilities and an artistic exhibition, designed for the wider public.

This project is funded by the Arts and Humanities Research Council (AHRC), under the Leadership Fellows Early Career programme (grant reference: AH/R004978/1), and is hosted at the University of Exeter.

This site uses Akismet to reduce spam. Learn how your comment data is processed.